Stock Photo News
You are at:Home»Microstock News»Shutterstock drops initial review to “one out of ten acceptance”

The leading microstock agency Shutterstock has announced changes to their initial review process. Going forward, out of the ten images that need to be submitted during the application process, only one has to get accepted to be admitted to the contributor base of the market leader. 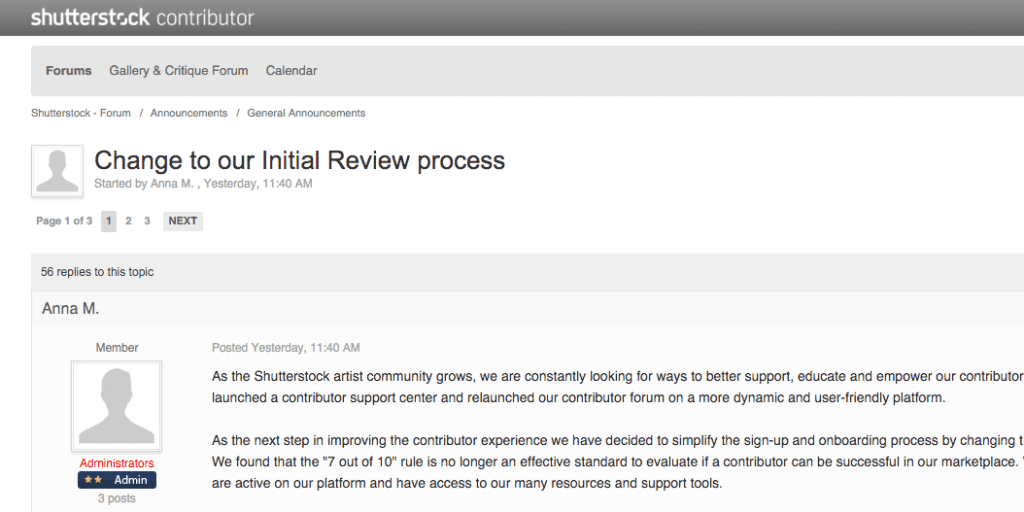 As the agency announced in an internal message within their contributor forums, the decision came to lower the initial review requirements. In the past, it was required to get at least 7 out of 10 images accepted as part of the application process.

Then again, it was part of Shutterstock that anyone who once passed the initial review could upload content towards their vector illustration or footage collections as well without additional checks. So in part, Shutterstock was already very open with their application process for contributors in comparison to sites like iStock which require separate qualifications within any new media.

On the other end, competing agencies like Fotolia never had included an image review as part of the application process. Newcomers into the market also mostly skipped any pre-screening of contributors in favor of just reviewing all submissions coming in. Shutterstock now also said it felt the change would allow contributors to learn from the community offers open to all accepted members.

What do you think as a contributor about that change? Fair? Good for you as well?