iStockphoto announces big changes on the royalty structure for the contributors – exclusive and non-exclusive – starting with 2011. The first impression is a general decrease in the average royalties for all the kind of “human” contributors. Announced also a new premium content collection: The Agency Collection. It will be a premium product priced above Vetta. It will include content from external agencies as well as selected iStock contributors. 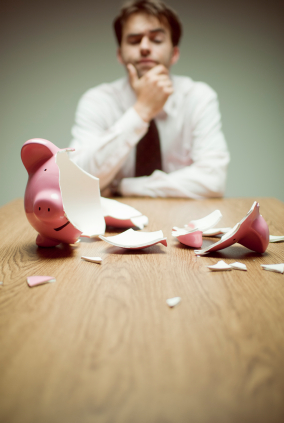 iStockphoto is changing its royalty structure and how it's determined. Beginning in 2011 each contributor's royalty rate will be based on the total number of credits used to download files from the previous year, as opposed to a lifetime download total.

The royalty rate level you start with beginning in January 2011 will depend on the total number of Redeemed Credits from January 1, 2010 to December 31, 2010. As with the current system, over the course of 2011, you will continue to graduate to higher royalty levels as you meet the targets.

For non-exclusive contributors the royalties will range from 15 to 20% for content sold on iStock… Yes, the standard royalty level is 15%… it was 20%, not a great deal for us.

What are Redeemed Credits?

Your redeemed credits total represents all the credits that have been used by iStock customers downloading your files. It tracks the actual number of credits used in each download, depending on the file size, collection, and any extended license options.

Example: If you are an Exclusive contributor and someone downloads an extra-large Vetta photo, your Redeemed Credit total will increase by 50.

There is now a field on Stats tab of each contributor's private profile page showing their current total number of Redeemed Credits for the year. This number represents the total number of credits that have been used to download your files since January 1 of the current year. We aim to have this number update daily.

This is the 2011 Royalty Rate Levels structure for photos (there are also similar tables for Illustrations, Video, Audio, Flash)

You can also check:

About the Agency Collection, a must read is the new post by Paul Melcher The Everywhere image

“… Why is this important ? Because this will be the first time that the same image will be available on all brands owned by Getty Images. Will they be priced the same? The post from Istock Kelly Thomspon doesn’t say, although the mention that they will be “priced at a premium to Vetta” seems to indicate that there is a good chance they will be.”