Stock Photo News
You are at:Home»Microstock News»What have credits ever done for you?

An interesting view about credits policy in the microstock business is coming out from this mail excerpt by Russell Glenister, Pocketstock CEO. Check also the video 🙂 with ends presenting the new pricing model based on bidding the  photo price, called bidder. 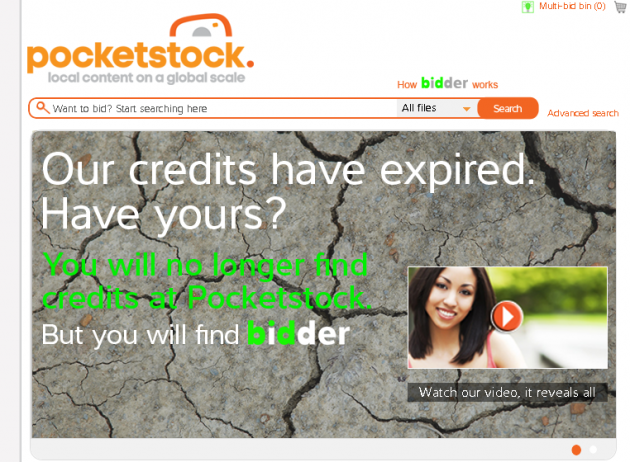 “What have credits ever done for you? In conjunction with this launch of bidder we have decided to kill off credits. At Pocketstock, credits have expired – for good.
We had a long think about credits and tried hard understand the logic behind them. You know what, we still don't get what it is. Credits were introduced by iStock when images were being exchanged amongst the community – not sold. This exchange concept died a very quick death, unfortunately, credits didn't.
To find out if there was any compelling reason for keeping them, we spoke to a number of suppliers and clients and the general consensus vied between, “they are there because they are” at the very best and “they suck” at the other end of the spectrum.
After looking at the details closely we did some sums and what we realised is, credits just don't pay. If credits expire and many thousands do every year, contributors don't get paid and clients don't get anything for their money. Is that right? We don't think so.
I have calculated that as much as $50m worth of credits have probably been wasted – not by those that benefit: the agencies that sell them, but by you. That figure could be much higher of course, but who is going to tell you how many credits each agency has sold without giving anything in return? Try asking.”

Credits just say no from Pocketstock on Vimeo.